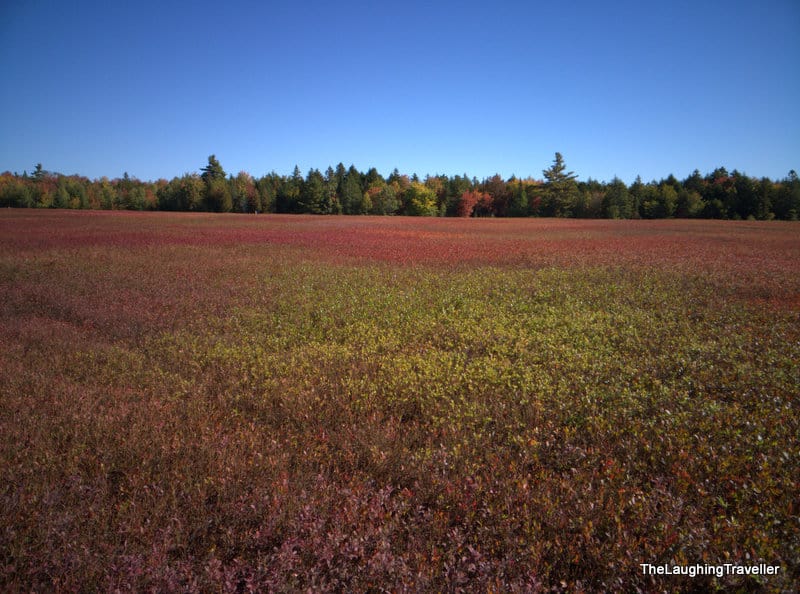 After a busy morning we left Acadia park and ahead of us were 4 driving hours towards Saint John, New Brunswick through Calais, Maine which is one of the many locations to cross the border. The drive was A-M-A-Z-I-N-G – we drove on road #179 which is a small road that passes through spread-out towns and surrounded by beautiful trees in fall colors all around it.

What trees you ask? At first I thought it was only maple but over time I identified more leaves so here you go. If you're wondering why they change their color, check out this video. Anyway, you get "used" to this kind of road but then, suddenly, you see an open space where the ground is covered with very low bushes (?), with an amber color, so it kind of adds another dimension! Because now I have the amber ground, colorful trees and blue sky, see what I'm talking about. 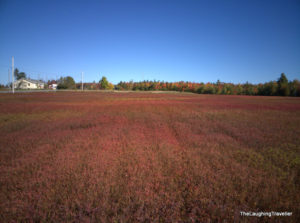 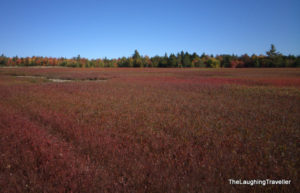 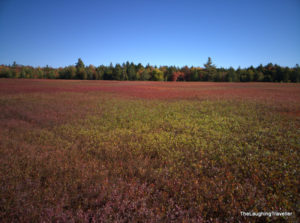 We continued driving, joyfully, when suddenly I spotted something on the side. We passed a small bridge and I saw a small stream which I thought can be a good place to a picture or two. I stopped the car and took some pictures. But here comes the fun part! Right besides it there was a small unpaved road from which you could actually reach the water and hang out. We didn't want to leave! It was warm and beautiful and the reflections, ohhh!! Check out the map (of the whole trip, but look for the part from Bar Harbor to Aurora to find that place). 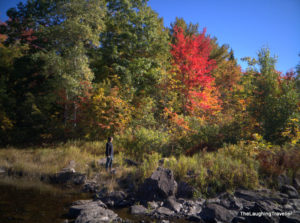 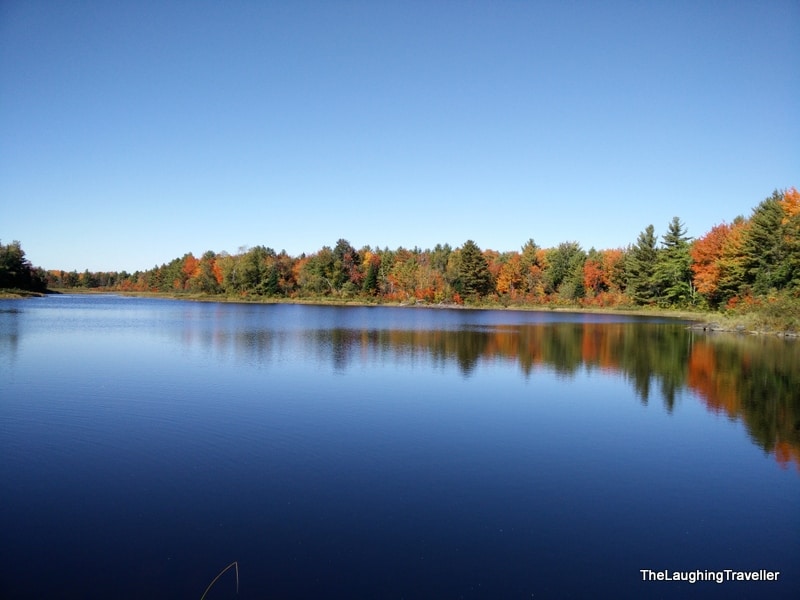 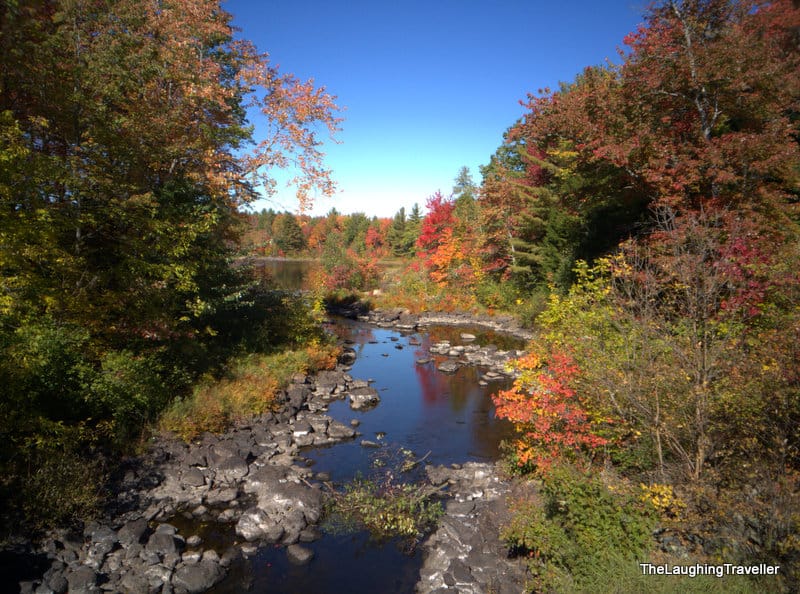 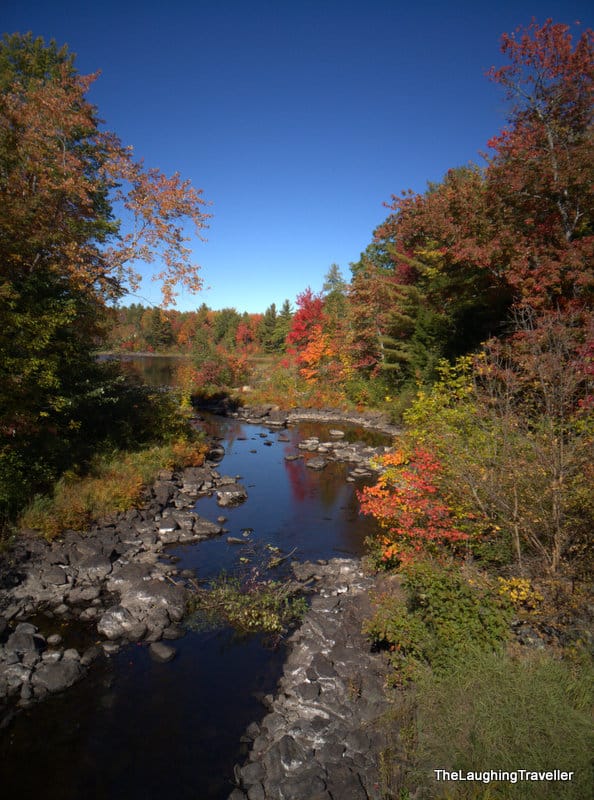 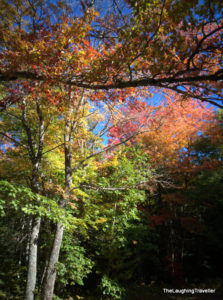 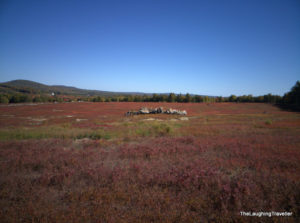 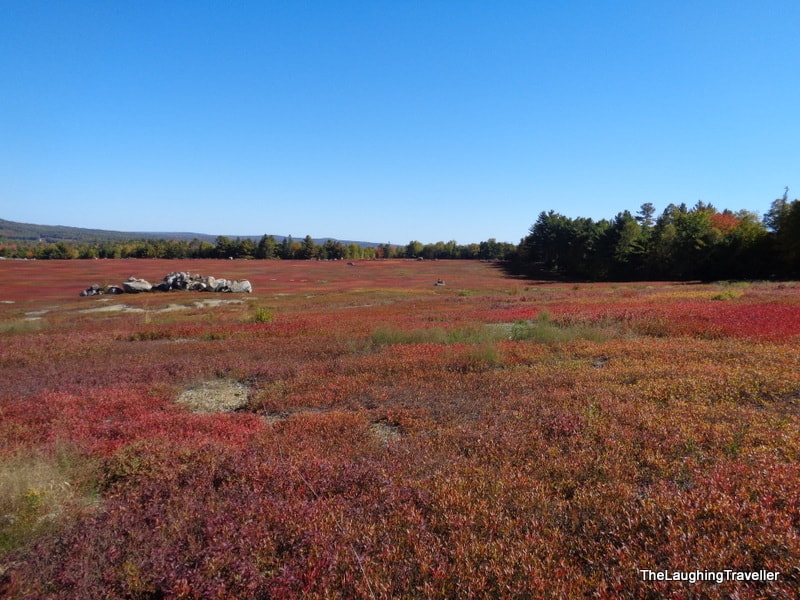 On the way to Saint John

After this allegedly 2.5 hour driving, that probably took us 4 hours, we reached the area of Calais (Maine). In recent years a detour was created so you don't have to actually pass through the city and the border crossing was incredibly fast! Thumbs up. That's it, now we're in Canada and units (distance, speed, temperatures, etc) are in normal numbers. Yey 🙂 . Besides that, surprise surprise, everything's the same. Same geography, same tress, same language and similar roads. We stopped at a visitor center in St. Stephens to gather some information.

We wanted to get to Saint John but there's the highway and there's the "Fundy scenic drive", so we decided to mix between them. One place that sounded interesting and worth checking out was "McKay's Blueberries". A local place that makes fresh blueberry pies and such. We sat down and split a raspberry blueberry pie between us and it was great! The pie base, the dough-fruit ratio, the fruits, everything! Other than that I don't remember anything special we stopped for…

And then we reached Saint John. A big city where we wanted to buy a local SIM card for the phone. Let me tell ya' – this is a real pain in the a**. I should have learned. Last year in the Rockies I kind of had the same issue. First you need to find a place that sells pre-paid SIMs, then understand the pricing model, then manage to activate it and so on … To make a long story short, after more than an hour which felt like 2 hours, we managed to have a working SIM (for data only).

But this day had a "bad day" sign all over it … Then we went for dinner in nearby place, Montana's which is a BBQ place. A lovely, honest waitress was serving us – when I asked about some beer she was like "don't have it" 🙂 so I took a different beer with an interesting name "Barking squirrel" which was cool. When I asked for a side baked potato she asked if I wanted it "loaded". So I'm like, "what's loaded?" – you can assume it comes with everything on it … butter, cheese, cream – you name it, so I was like "no no …"

Later that night we reached our lodge and the reception lady says "I hope you have reservations" and so we give her our booking Id and… she can't find it! Turns out there was some problem between Booking.com and the place and… we're screwed!

On top of that, she mentions the city is full due to some big project going on. She's calling Booking (it's the first time I had issues with Booking.com) and trying to help us, because, remember? We don't have calls on our SIMs… Eventually she finds us a room in some beautiful, expensive B&B which we don't get too much of since we're leaving early the next day on the ferry to Nova Scotia! 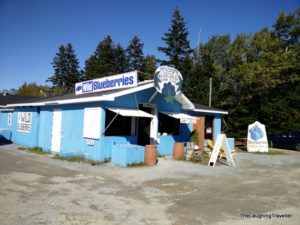 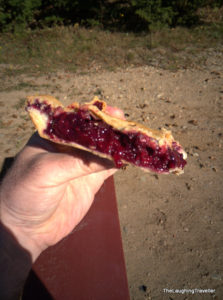 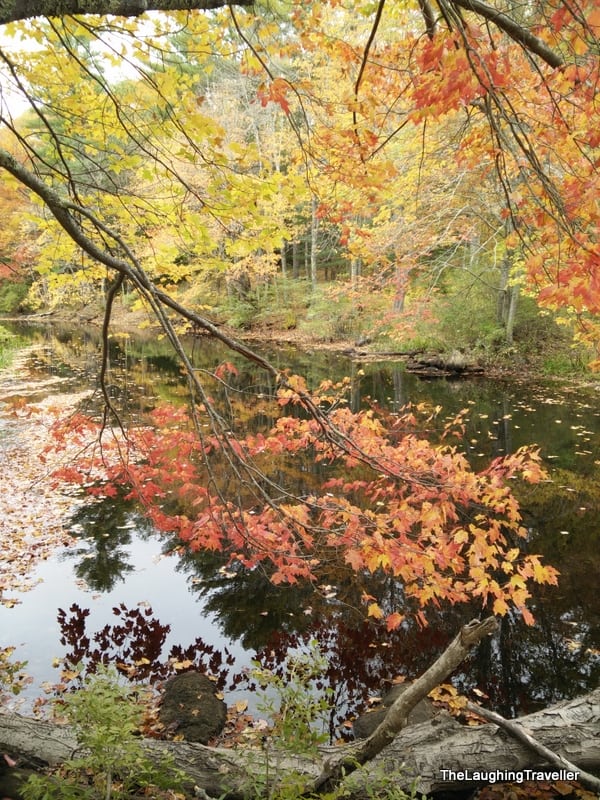 A drive thru Maine – lighthouses, foliage and food 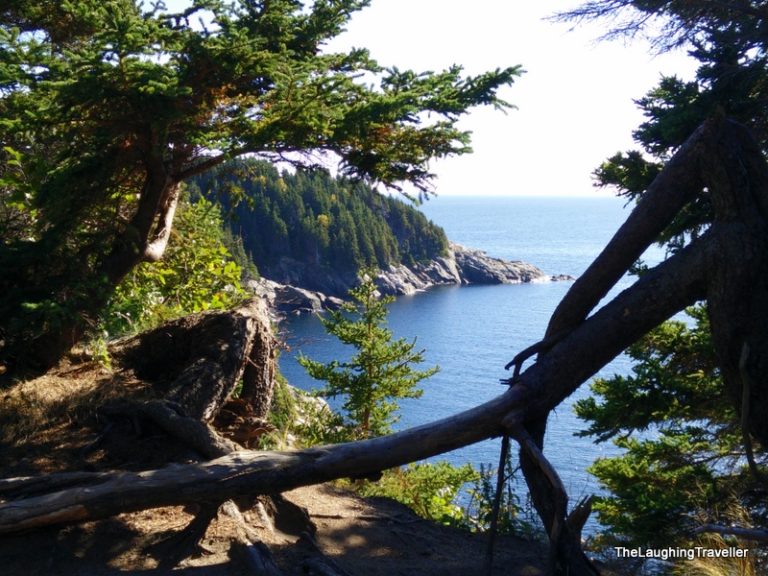 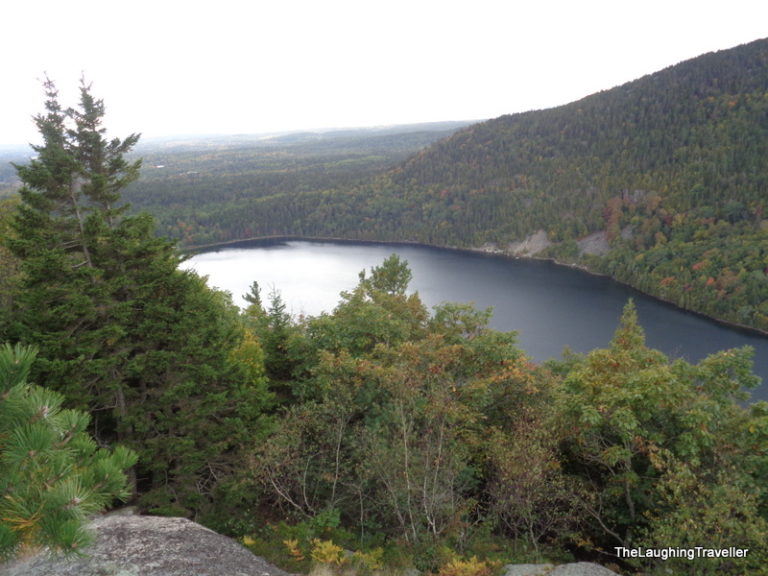 A visit to Acadia national park 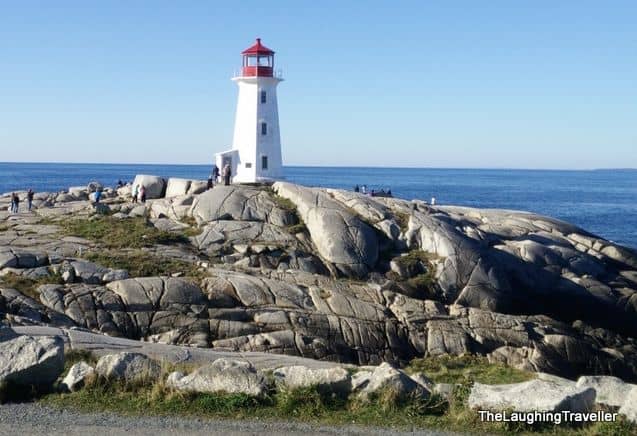 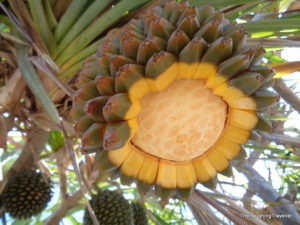 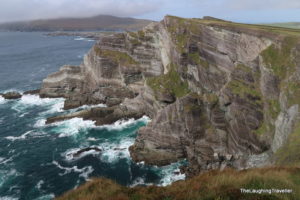